I’ve been writing custom made software for many different projects for artists and musicians, among those were Thomas Jeker, Martin O, Atelier Hauert-Reichmuth, Jörg Köppl, Jonas Althaus and many more.
I always enjoyed it very much to see what other people create with software that i developed for them.

Here are a few samples of my work:

Martin O is a vocal artist who makes extensive use of live-looping his voice. See some excerpts of one of his shows in this video. 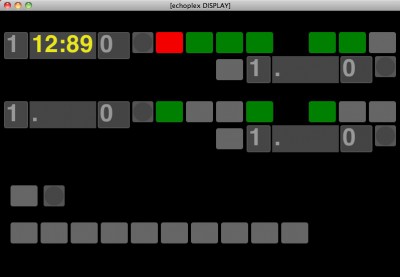 At the heart of his performance setup there are two original Oberheim Echoplex EDP looper.

Since these machines are slowly getting old and need service more often, he asked me to develop a performance software that could replace the two units and all the functions that he needed, so he could run the show from a laptop computer.

The core of this emulation is written in Java, the GUI and Audio/MIDI handling is done in MaxMSP.  The Echoplex is very well thought through and is a really impressive loop station. It took me quite a while to finally get it right.

The upper picture shows a reduced view of the state of the machine, which Martin can peek at while performing – if he needs to. It runs on a small display on stage. In the lower picture you can see a small part of the actual GUI of the software.

In 2005 I had the chance to develop a multi-channel audio player for the swiss pavillion at the world exhibition in Aichi (Japan). This was contract work for the engineering company iart, which was responsible for all the media presentation in the pavillion. Some more info can be found here. 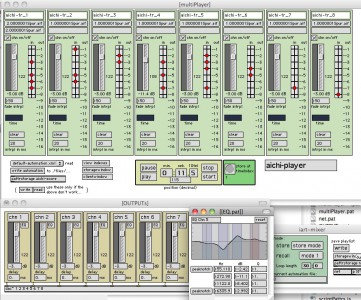 For Thomas Jeker and Félix Perdreau I wrote a granulator for live input, a multi-channel panning software, some pluggo and later on several max4live plugins. 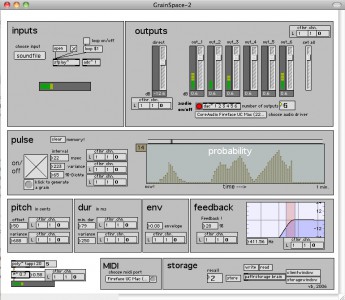