It’s been more than a year ago that I have started working on the mutable instruments source code available here, to bring the sound and thoughtful layout of some of these fabulous eurorack modules into Cycling74’s Max. The project is not nearly finished (and might not ever be…), but I want to use this space […]

H.E.I. GUIDE is an interactive soundwalk by Atelier Hauert-Reichmuth , which I have been working on last summer. It takes place around Klybeckquai, port of Basel North. I was responsible for sound and interaction design. Equipped with headphones the visitors are sent on a acoustic research trip that oscillates between reality and fiction. The whole […]

This summer I had the opportunity to play a gig at the W3rkH0f Ambi Media Incubator summer party 2018 in Neunkirch (CH). Jana Honegger and Kent Clelland, the hosts and organizers, did a great job and created a wonderful atmosphere. 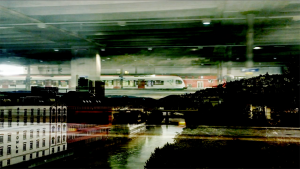 Music video for the track “Heissenberg” from “endless undo“. Filmed with a mobile phone, video processing done with jitter.

In June I’ve been in Mannheim again, playing a gig with Benjamin Brodbeck @ zeitraumexit. It’s good to see that the same crew (Flo&Volker) is still there and that their concert series “elektrosmog” is still happening.

Lately Benjamin and I went into the studio and had a little recording session of our duo improvisation work. Here is a 95 seconds summary…

Recently I’ve been playing a live solo set, which I haven’t done for a long time. On the whole the trip to Mannheim was worth it and fun to do – thanks to the elektrosmog team – Flo and Volker (the other one) – for inviting me. Here are some excerpts 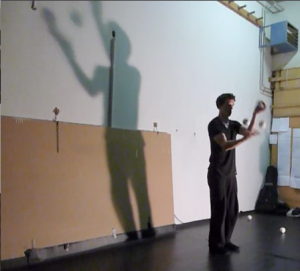